The REAL problem of Social Media and politics

Recently former President Donald Trump's various social media accounts were banned in a very large way. This has lead to many on the right calling sensorship. But this is really only a small part of the real issue with social media, one that I think very few people realize. 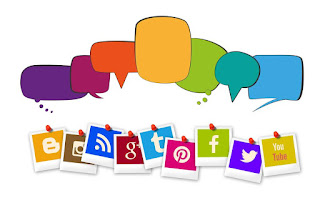 The problem I think started with Facebook around 2007, a very long time ago. Before then, Facebook would show you a chronological list of people's posts. After that, they decided to "optimize" it. How is it optimized? Basically, Facebook wants you to spend more time there, so they look for the posts that you engage with, and show more posts like that. Seems innocent, right? What it tends to do is show you posts from a few key people and subjects, as well as the most popular posts from a general audience. In 2007, Facebook was largely still a college app, only those who attended a university or community college could get an account, and while I believe it was starting to spread, the types of things people tended to post then were very different than today. They were much smaller posts, an update on one's life. At that time, there was no harm to this.

But what do people post today? They post their thoughts on the world. Facebook has become a common forum for discussing politics. People post their thoughts, or clever memes from third parties. Sometimes they comment on those posts. If one comments on a post, then they are more likely to see posts like that in the future, because people are just posting too much to see everything. As a result, if you comment on a persons post, or "like" it, then you are more likely to see that, and less likely to see others. It can result in you getting in to a bit of a bubble. You tend to be isolated to those you like and are most similar with, because it keeps you going back.

What is the result of this? Your discussions tend to be in a bubble, you don't even see the other sides. For this reason I make it a point to comment on posts where I disagree, just to get the posts that I otherwise wouldn't see. As a result, I see posts from the left and the right. While I have no doubt this irritates some of the more extreme positions on both sides, it keeps me grounded.

Twitter and others are even worse, you pick people to follow that aren't necissarily your friends or family, so you tend to see just what you want. For me, that tends to be "Space Twitter" on Twitter, mostly those interested in space. I certainly see some political opinions from time to time, but those are secondary to my love of space exploration.

The last issue of some note is the fact checking. This is an attempt to make up for the "bubble" effect, showing you some of the other sides. I am always for seeking for greater understanding from others, I believe we have more in common than we have differences. So long as fact checking is applied equally, then I am more than okay with it.

Bottom line, the biggest problem isn't fact checking, or banning accounts. The biggest problem is putting people in to bubbles where they only see what they want to believe, and effectively ignoring everything else. Work towards commenting on others posts, so you don't get stuck in such a bubble. People need to see all sides of arguments so they can understand we are all one human species, even the high, low, rich and poor, and the vast majority of people, while they disagree with the methods, seek to better the world.