Hunter Biden corruption, and what was Joe Biden's role?

There has been accusations from many sources that Hunter Biden has used his dad's name, and possibly influence, to score cushy jobs across the world, principally in Ukraine and China. Of particular interest was an interview with Tony Bobulinski. Let's look deeper in to this. 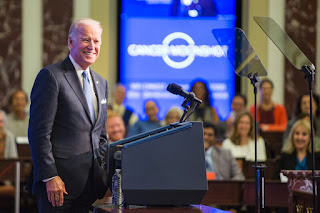 Let me start with this. There is considerable evidence that Hunter Biden had jobs and otherwise received money for no particuarly good reason. Joe Biden did in fact sit on the board of Burisma, an energy company in Ukraine, when Joe Biden was VP. His official responsibility was to provide legal advice. There is no record of him actually visiting Ukraine. It is reported that he received a $50,000 salary per month, but that isn't verified. There is a paper trail that could be Burisma trying to give him money without openly acknowledging it, but that has not been confirmed 100%. There has been no direct evidence linking Joe Biden to the deal at all. While we are on that subject, yes Joe Biden did request the firing of Viktor Shokin, Ukraine's top prosecutor at the time, but this was widely considered at the time a good thing, by allies and both US political parties. This attorney was corrupt, and there is no evidence this actually helped Burisma survive.

Another item of note is a laptop that is believed to have belonged to Hunter Biden. On that laptop a number of emails were recovered. None of those emails demonstrate that Joe Biden did anything to favor Hunter Biden's business deals, but they certainly do show that Hunter Biden was trying to leverage his dad's influence.

Tony Bobulinski, a well known non-partisan businessman who has worked with Joe Biden's son, Hunter, and brother, James, appeared recently on Fox New, principally Tucker Carlson's show. In the interview, he made a number of serious allegations, using evidence he had collected and provided to Tucker Carlson ahead of time. Tucker claimed that the only copy of that documentation was lost in the mail. It turns out that it has been found and is currently being delivered where it should be, but it does seem strange that the only copy of this documentation was mailed, and not transmitted via the internet.

Bobulinski said that, in 2017, Hunter Biden consulted with his father about forming a new venture with CEFC China Energy Co. to invest in real estate and technology in the U.S. Note this was when Trump was President. This deal ultimately fell through, although Joe Biden supposidly had a 10% stake in that deal. It is certain that Hunter and Joe's brother, James, both had a piece, the only claim that Joe Biden had a piece of that deal has come form Rony Bobulinski. Even Fox News, who studied the documents, claims that Joe Biden had no part in the dealings.

So let's summarize this. Hunter Biden likely received money from foreign governments, although that has not been substantiated. Likely he sought to use the influence of his dad, but there is litlte evidence that Joe actually paid any real attention to the dealings. When Joe Biden did not have major office nor was running for President, his son and brother came to him looking to do a deal with China, likely using his name to help push the deal forward. One man, without the evidence to support that, has claimed that Joe Biden was involved. While it is likely that Joe Biden did at least meet some business associates of Hunter's while Vice President, there is no evidence he did anything more substantial. Now I will say that I don't believe that Joe is completely ignorant of the entire thing, but I don't think he is actively involved in the scheme.

Now let's get to some speculation here. It seems likely to me that Hunter Biden did in fact try and use his father's influence to win business deals. I'm not certain he did in fact earn $600,000/ year from Burisma, but I can easily believe he received more from them than he should have given his abilities. I don't think that Joe Biden took the bait in any way at all. I do think that Joe Biden was in the loop when he was a private citizen on some of these business dealings, but the deals ultimately fell through, and there isn't any evidence that he accepted such a deal. I do believe that this should continue to be investigated, as there is enough there to raise suspicion, but I suspect it would end up with Hunter Biden in jail, with no wrong doing tied to his father at all.