Let's talk about the electoral college. Of the last 3 Presidents, 2 of them have lost the popular vote, but won the Electoral College vote, and therefore the presidency. Should we keep the college, or rely on a national vote? 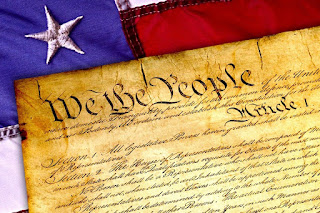 The Electoral College is a creation of the US constitution. Much of the intent of the Constitution was majority rule, minority rights. The biggest divide in the day was seen between big states and small states. Every state was given an equal voice in the Senate, while they are judged by their population for the House. This system allows for a more equal divide of power between big states and small. It was decided to give the President a similar divide, each state is given the number of seats that they have in Congress. Originally, it was more of a debate. The state legislators nominated electors, who would then meet in a room and vote for the President. The person with the second highest number of votes was then the Vice President. This worked reasonably well until two arch-rivals become the President and Vice-President, after which the Constitution was ammended to vote for the President and Vice President separately.

The year 1824 was a pivotal year in the election of President. By that point in time, the electoral college members were voted on directly by the people to support a candidate. This is the first year that the popular vote was significant. It also introduced a new way of selecting electors, the winner-takes-all method used by 48 states and D.C. today.

For me, I still see the value in giving a smaller state proportionally more say in choice of the President. No Presidential candidate would ever visit Wyoming otherwise, for instance. But the winner-takes-all mentality has some issues. Why would any Presidential candidate campaign in California, when it votes heavily Democratic? Instead of visiting every state, only a few key states are visited, where there is a roughly equal number of Republicans and Democrats. Those states change from year to year, but they are still the same.

The winner-takes-all mentality was done to support a particular political party. It tends to favor a two-party system, like we have today. It is the sole reason that since 1968 no third-party candidate has received a single Electoral College vote. As I like to say, the biggest thing that Republicans and Democrats agree on is they don't want a third party! Throughout most of the country's history since 1824 two parties have had a dominate role in politics, although which two parties changes from year to year.

The big question then becomes what should we do about the Electoral College. Many people want it to be scrapped entirely, voting directly for President. I don't agree with that for several reasons. First of all, I do think that smaller states should receive more support in the choice of President per person to ensure minority rights. I believe the way the Constitution was written that very much is the case. Secondly, each state has their own election rules and practices. With the current system, if a state chooses to make polling places more difficult, at best they affect the outcome of that specific state. Unless a truly federal election, with equal rules in every state is enforced then I think these differences will lead to much more serious problems.

What do I think the solution is then? Proportional allocation of delegates. If California, which receives 55 delegates, votes 60/ 40 Democrats, then send 33 Democrats and 22 Republicans to the Electoral college. This does give a slightly higher weight to smaller states, but would encourage a Presidential Candidate to pay attention to the entire country, not just the battleground states.

I should say that in no circumstances do I think that the popular vote should change the course of the election. Everone currently is playing by the Electoral College, it seems wrong to change the rules just because of the difference of the popular vote.

Lastly, some thoughts on the National Popular Vote compact. 15 states and DC, with a total of 196 Electoral College votes have sworn that if states totalling 270 votes all agree, they will all cast their votes in to the popular vote, thus bypassing the Electoral College. This would absolutely not require a Constitutional Ammendment. Each state is allowed by the Constitution to chose how they elect their President. However, this would certainly be an Interstate Compact, which requires Congressional approval. It's an interesting way to bypass the Constitutional Amendment process, and could in process work, but only with Congressional approval. I personally dont' see enough states agreeing to this, at least not anytime soon, but theoretically it could happen.