The 2020 Presidential election and voter fraud

As of writing this, it is pretty much decided, Joe Biden will be the next President of the United States, or at least assume that office on January 20, 2021. The counting process was slow, taking until Saturday for the networks to make a judgement call, with a few states still not called by a network. President Trump has stated that there must be some kind of fraud behind that result. Let's talk about how voting and ballot security happens in the United States. 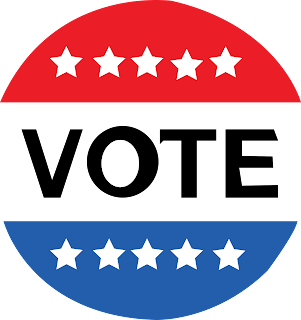 First of all, let's talk a bit about how elections run. For federal elections, which are for Congress and the President, the US Constitution specifies that Congress can set some guidelines. With the advent of the Telegraph, Congress mandated a specific day to hold elections in 1845, namely the Tuesday that falls between November 2 and November 8. That date has held. There are some guidelines in the constitution, mostly related on the eligability of who can vote. The determination cannot be made on the basis of gender, race, payment of taxes, those who are 18 or older. Note that some additional qualifications can be enforced, usually on the basis of prior felonies, but otherwise there are very few if any requirements.

States are free to conduct their elections as given by the guidelines set by Congress. The guidelines were very loose until after the Civil War. At that time, the Constitution was altered to prevent discrimination on the basis of race. Congress at that time started to enact some provisions to enforce that constitution. At that time the common set of protections that we see were enacted, including laws to restrict counting false ballots, ensuring that everyone who voted was able to do so, witnessing the counting of ballots by those who are on the ballot, etc.

It is worth noting that states in turn delegate responsibilities to counties. Counties, in turn, set up a number of polling locations, known as prescints. Each prescinct follows the rules of the county, state, and country to ensure things are managed fairly. What I will describe is how things usually work, but there may be some exceptions across the country that I am not aware of. Still, these seem to be the rules everywhere I have studied, unless otherwise noted.

The US uses almost entirely a system of some form of paper ballots, usually ones where you fill in a mark on the ballot and a scanner later will tally that vote. When you leave the election site, you place your ballot in to a machine that will count them. You should always look at the number as you place your ballot in to the machine, and make sure it goes up by one. For instance, when I voted at this most recent election, the count was 159, and went up to 160. Each ballot must be accounted for at the end of the day. If someone accidentally votes improperly, the vote is considered "spoiled". Spoiled ballots must be accounted for as well, under the proper methods. So far as I can tell, there are 3 different counts that must all line up at the end of the day. These include the records of who voted, the number of ballots at the site, and a number of ballot "tickets", which are given to those after they have signed in at the polling site to receive one's ballot.

The results from a particular precinct are usually made public. For instance, for Wayne County, Michigan, which is one location accused of voter fraud, they are available online at this site. Note that they do not yet have the results for this election in that level of detail. I would assume that those who are on the ballot could request a more detailed summary if desired. This can be used to look for all kinds of interesting things. Looking at the results for my county, for instance, I can tell that some areas voted very strongly for Biden, and other areas for Trump. All of this data is available for audit to anyone who cares enough to find out.

The next issue is related to mail in ballots. Those are managed at a county level. In every instance I have seen, the ballots are verified by signature. If the signatures do not match, the ballot will not be counted. Only after the signature has been validated, the ballot is removed from an inner protective envelope, where it will then be counted. A record that the particular person voted is then made. If a person votes twice, once by mail and once in person, that is a felony, and one could easily be prosecuted. There have been instances where a person cast a ballot by mail a month before the election, but died before the election took place. Death records are easily available by government agencies, and anyone who has died is purged from the records. These votes that were cast are actually rejected. These days, one can even look online to verify that one's ballot was actually registered.

If there is a question of if someone should be able to cast a vote, then a voter can request a provisional ballot. The first time I voted, I was registered at my parent's address, but living 70 miles away at college. I voted provisionally. Another instance is those who requested a mail ballot, but the ballot never arrived. Those are usually the last votes counted to ensure that there are no fraud.

The ballots are usually counted by a voting machine. There are specific guidelines to ensure the security of ballot counting. They come down to two things of note. The machines are verified to not be tamped with via anti-tamper seals and other methods. Each state has different methods of testing, but they all are independentally verified by an organization that certifies the machines count as expected.

All ballots are placed in storage after the election, stored in a secure location. They are segregated by where they came in from, from a particular precinct and county. I know in Arizona that they are required to be transported in a way where the ballots don't leave the state, with the exception of a small town that lives on the far side of the Grand Canyon, to the State Capital. These are available should a problem, such as a recount, be required.

Let's put forward a few hypothetical instances of fraud, and see how such a thing might be caught. The first situation is sneaking in a large number of ballots in the middle of the night. These ballots must be attributed to a particular precinct. If a precinct has more votes than voters, it is pretty easy to tell from the detailed information. One can also compare data to historical data from the past. It would be easier to call them mail in ballots, but those require more processing than standard ballots. However this is done, it would leave a paper trail, one that would be easy to watch, as the statistics are available at a presinct level.

What if some votes are removed? This would leave less of a paper trail than adding votes. If done at the precinct level, there would be a much lower voter participation in that location than expected, which again would show up on the statistics. Also, the missing ballots would have to be accounted for at the county level. At a county level, the counts would then be different than the precinct counts. Mail in ballots could conceivably disappear, but as the party of whom they voted for is not known, it would be difficult to make the most sensitive ones disappear. The only conceivable method would be to destroy the mailed ballots sometime between when they are requested and when they arrive at the election site. That could work if one knew that mail ballots were going to lean more heavily for a particular candidate. Still, this would likely show up as an anomaly, worthy of further discussion.

Another situation is if the voting machines are not counting accurately. These machines are all certified by some outside authority, so there would have to be some coordination between the certifying organization, the organization that made the machine, and the party they wanted to win. I'm not going to say it couldn't theoretically happen, but there would be a paper trail out there.

What about changing the ballots out for one that was more favorible? To do this, one would have to have ballots printed of the same paper quality as the real ballots, and somehow switch them. Locations where ballots are removed from boxes are subject to observation by the parties being elected, and thus would be challenging to fake. I don't know for sure, but I presume that other security measures are taken, like looking in any boxes and bags prior to entering the ballot counting location, except for the boxes of legal votes, which should have a paper trail associated with them.

What about voting in two states? This would have to be done by a single person, but would not be terribly difficult, particularly if the two states were close. I could simply arrive in both places, present a location-neutral form of ID, such as a passport, and cast the vote. But this could only be done by a single person at a time, and there have been instances of this being caught.

The bottom line is, widespread voter fraud is very difficult to do in the United States. I'm certain that small scale fraud could be accomplished. For instance, I know that I was registered to vote in Arizona for at least 3 years after I left the state. Still, this is generally a felony, and in any case would only produce a single extra vote. Doing this on a large scale would be challenging.

As for my specific thoughts, I think that we should continue to look for fraud. I welcome Trump and his team to point to evidence of wide spread fraud. Short of such evidence coming forward, which I beleive should be easy to identify, I would say that it is clear that Joe Biden won the election, as he was predicted to do by pollsters before the election. If I were in Trump's shoes, I would say something to the effect of "We are looking at the election process to make sure that everything was done correctly, and awaiting a recount were we are able to request. Meanwhile, we will work with Joe Biden to ensure he is able to function as President on January 20, unless our review of the data suggests a problem, which when corrected shows that I have in fact won the election." Probably too much to hope for from Trump, but...